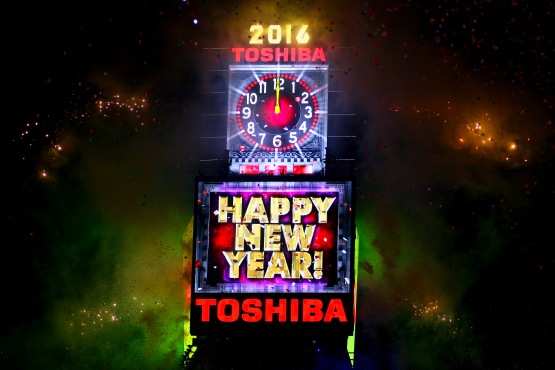 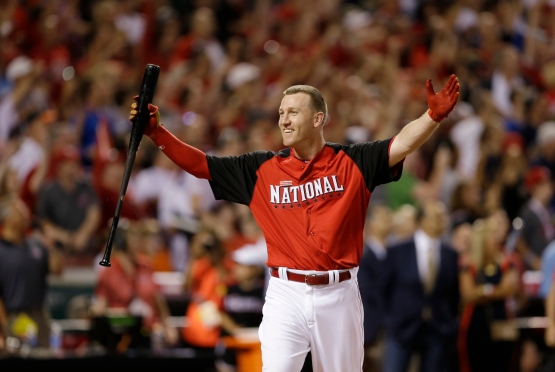 1. The Todd Frazier trade. The All-Star third baseman — and reigning Home Run Derby champion — was traded to the White Sox on Wednesday in a three-team deal, and Call to the Bullpen has three takeaways from the move. The Baseball Stat Guy writes that Christmas has come early to the South Side of Chicago, while Dodger Insider points out the commitment the team has made to Justin Turner by opting for prospects over Frazier. As for Cincinnati, Queen City Beer League sees this as the first offseason domino to fall in the Reds’ rebuild.

2. Looking ahead. Coastal Grooves isn’t alone in missing baseball this time of year, but there’s plenty of Hot Stove action to keep us warm over the winter. One Flew Over the Jays nest is awaiting a big offseason move from the AL East champions and dumpthedh questions some of the things Mets fans are saying about Yoenis Cespedes. The Jake McDonnell Sports Blog projects the Orioles’ lineup and rotation would look like if the season started today, while Just Mets looks at who are the favorites to win the 2016 World Series.

3. Holiday season. We’re a week out from Christmas, and if you’re still looking for a gift for a Brewers fan, Cait Covers the Bases has details on a big sale this Sunday at the Brewers Team Store at Miller Park. The Halo Way has photos and video from the 2015 Angels Baseball Foundation Children’s Holiday Party. As we prepare to turn the calendar to 2016, It’s Always A Good Dre in L.A. sends out season’s greetings and looks back at The Ravine Life in 2015.

What’s in your Three for Thursday? Tell us with a comment below! 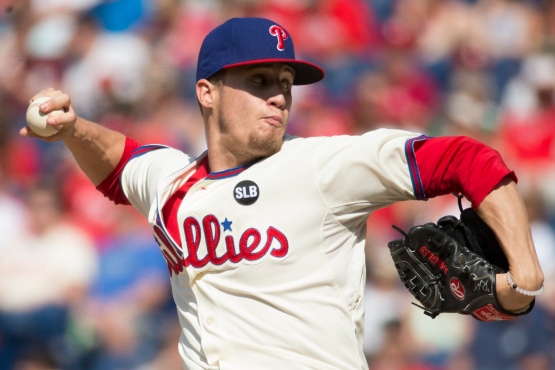 1. Winter Meetings in home stretch. Day 3 of Winter Meetings saw the Phillies trade Ken Giles to Houston for prospects, and MLB.com’s Richard Justice writes in his Justice4U blog that the hard-throwing closer is exactly what the Astros need. Just Mets says the deal that saw the Mets get their second baseman in Neil Walker from the Pirates in exchange for Jon Niese makes a lot of sense for both clubs. From the Corner of Edgar & Dave welcomes new Mariner Adam Lind to Seattle, while Unlocking the Keys looks at what the Orioles organization is looking to do this winter. Indians beat writer Jordan Bastian checked in with an update from Music City and Baseball with Matt revisits a blockbuster Winter Meetings deal from the past.

2. The Rule 5 Draft. Thursday morning brought the Rule 5 Draft, and Sons of ’84 has a good primer on this important event. Britt’s Bird Watch reports on the Orioles’ selection of Joey Rickard, while Mariners Musings discusses the relief arm the Mariners added. The Royals saw three prospects taken in the draft, and Drinking the Royals Blue Aid looks at the one who got away.

3. Seasons’ greetings. Braves Give explains how the team’s staff members are helping keep holiday spirit alive in Braves Country. The Brewers and Meijer teamed up to spread cheer to underprivileged kids, and Cait Covers the Bases has a photo gallery. If you’re still looking for a great gift for the baseball fan in your life, Beck’s Blog has the low-down on TigerFest tickets going on sale and TribeVibe shares the latest specials from the Progressive Field Team Shop. 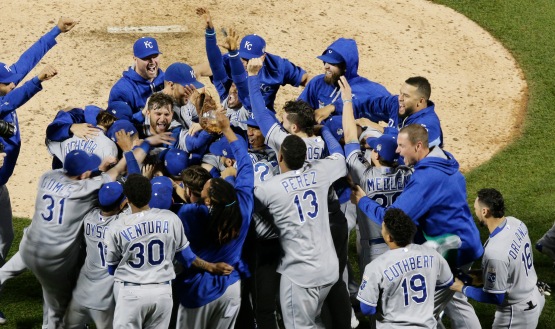 Let’s hear your thoughts on the 2015 World Series in the comments! 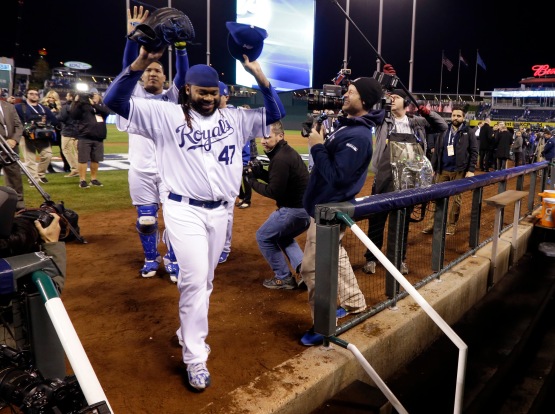 1. Royals take a 2-0 series lead. Johnny Cueto’s dominant Game 2 pitching performance produced the first World Series complete game by an American League pitcher since 1991, as Bullpen, Baseball & Sock Talk recaps. Drinking the Royals Blue Aid was overjoyed to see the return of “Good Cueto” following his struggles last time out in Toronto in Game 3 of the ALCS. From the Mets’ perspective, both Just Mets and Write Your Story Now agree on one thing right now: Ya gotta believe!

2. Neutral perspectives. Gamer Babes from Half Moon Bay reminds us that the Royals jumped out to an early lead in last year’s World Series, but it was the Giants celebrating in the end. Newberg Report wishes it were the Rangers battling the Mets in the Fall Classic, but is happy baseball isn’t over just yet. Meanwhile, One Flew Over the Jays nest asks whether the final week of the season cost the Blue Jays a spot in the World Series. And it’s a lonely October for Tigers Forever, with both the Tigers and her adopted Blue Jays done for the year.

3. Advice for the Marlins. Cardinal Red Baseball discusses Miami’s next manager and Florida Sports View wants to see the Fish target free agent pitcher Doug Fister to see if they can get him back to his best. But the best suggestions may come from On Cloud Conine, who put together some outstanding Halloween costume recommendations for Marlins players.

Tell us about your Three for Thursday with a comment below! 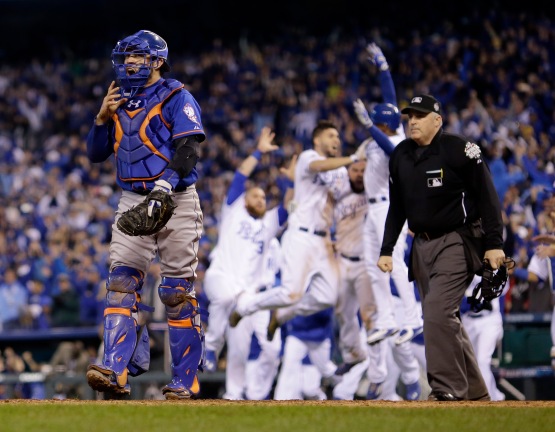 Tell us about your Wednesday Wonderings in the comments below! 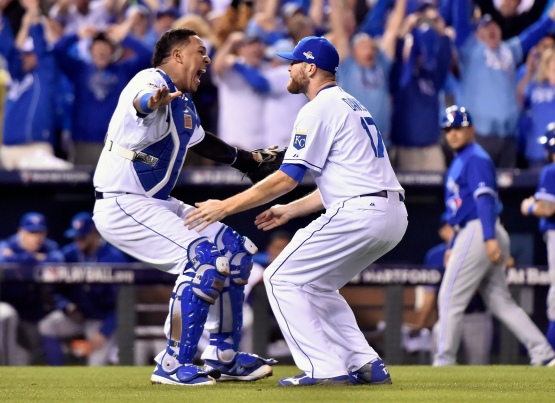 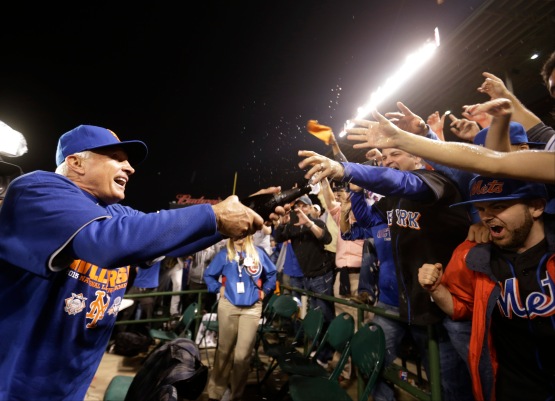 1. Mets sweep way into World Series. As Just Mets writes, the sun rose this morning on a Mets National League pennant. Inspired by her team’s NLCS victory, NYC Gal Out and About! writes about love and baseball. News Stitched tries to fathom Daniel Murphy’s unbelievable hot streak that saw him win the NLCS MVP award after homering in his sixth straight postseason game.

2. Back to Kansas City. Facing elimination, the Blue Jays eased their way to a 7-1 win in Game 5 of the ALCS, to send the series back stateside. Blue Jays Musings identified Marco Estrada as the story of the game for the Jays. Drinking the Royals Blue Aid is hoping for a similar outcome when the Game 2 starters face off again in Game 6.

3. Dealing with disappointment. There can be only one World Series winner, which means there are 29 disappointed fan bases every year. The Canuck Cubbie says the Cubs gave fans a season to remember and future to believe in, and markparkinson14 sees good times ahead on the North Side. Stlcardinalsminimo laments that the Mets were able to do what the Cardinals couldn’t do this postseason: get past the Cubs. Newberg Report says not caring as much would ease the heartbreak, but that’s no solution for a fan. Meanwhile, cat loves the dodgers looks at fixing what went wrong for her team.

Tell us about your Three for Thursday below!

« older posts | back to blog home |
Theme: MLB “pro” | Get a free blog at WordPress.com